Our site does not support versions of Internet Explorer older than IE 11. We apologize for the inconvenience.

Skip to main content
한국어
We are now accepting nominations for the 2023 Internet Peace Prize.

About the Internet Peace Prize

We are in an era in which cyberbullying, malicious comments, and hate speech are being indiscriminately spread via the internet, sometimes aggressively enough to take away the lives of people.

The Internet Peace Prize recognizes those who are working to counter this online and offline hate, racial discrimination and human rights violations and to draw attention to these problems.

In 2017, when the Korean Peninsula was facing a nuclear threat, Rep. Byoung-doo Min, Moon-soon Choi, Governor of Gangwon Province and Dr. Byoung-chul Min, a Distinguished Professor at Hanyang University, together with Dr. Tilman Ruff, Co-President of International Physicians for the Prevention of Nuclear War (IPPNW), the 1985 Nobel Peace Prize Laureate, and Mr. Tim Wright, Asian Pacific Director of the International Campaign to Abolish Nuclear Weapons (ICAN), the 2017 Nobel Peace Prize Laureate, issued the Pyeong Chang Joint Statement of Peace at the Goseong Demilitarized Zone (DMZ) on December 19, 2017. The Statement was a call for peace on the Korean Peninsula and for the North Korean athletes to participate in the 2018 Winter Olympic Games.

Inspired by this event, the Sunfull Foundation (Chairman Dr. Byoung-chul Min) established the Internet Peace Prize to recognize and support those who have contributed to world peace by countering cyberbullying, hate speech, and human rights violations via the internet.

The Internet Peace Prize, founded by the Sunfull Foundation, is awarded to individuals or organizations that either:

Date and venue determined by the IPP Award Committee 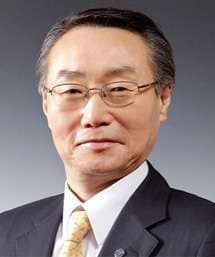 Dr. Chong-yang Kim became the Chairman of Hanyang University in 2011. Hanyang University values and promotes education in the service of building peaceful and productive relations between neighbors, nations, and ethnic groups. Dr. Kim continues to devote himself to cultivating “practitioners of love” who are needed for the well-being of human society. 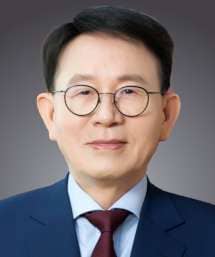 Dr. Byoung-chul Min is the founder and Chairman of the Sunfull Internet Peace Movement, a Seoul based international NGO with Special Consultative Status with the United Nations that works to counter cyber-bullying, hate speech and human rights violations on the internet.

Since 2007, Dr. Min has fought against cyber-bullying, hate speech, human rights violations and promoted the use of good and positive language through his Sunfull Internet Peace Movement. His organization has worked with hundreds of thousands of people to send millions of messages to the victims of cyber-bullying, as well as to those who suffered from natural disasters and tragic global incidents. 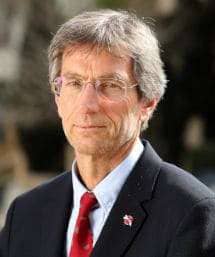 Dr. Tilman Ruff has been an active member of the Medical Association for Prevention of War in Australia for over three decades and is a Co-president of International Physicians for the Prevention of Nuclear War (IPPNW), winner of the Nobel Peace Prize for 1985. He helped to establish the International Campaign to Abolish Nuclear Weapons (ICAN) and was its founding Chair.

In 2012, Dr. Ruff was appointed as a member of the Order of Australia “for service to the promotion of peace as an advocate for the abolition of nuclear weapons, and to public health through the promotion of immunisation programs in the South-East Asia – Pacific region”. 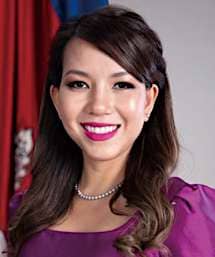 Kingdom of Cambodia Ambassador to the Republic of Korea

H.E. CHRING Botumrangsay has been the Kingdom of Cambodia’s ambassador to the Republic of Korea since September 2021. She was previously Secretary of State for Foreign Affairs and Cambodia’s Vice Foreign Minister (MFAIC).

From September 2013 to May 2019, H.E. CHRING was the Assistant Secretary of State for Post and Telecommunications (MPTC) Cambodia. 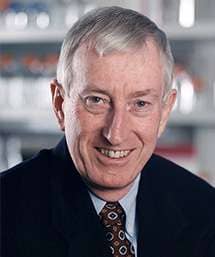 Dr. Peter C. Doherty was awarded the 1996 Nobel Prize in Physiology or Medicine, along with Rolf M. Zinkernagel “for their discoveries concerning the specificity of the cell mediated immune defence.”

He is the first veterinarian to win a Nobel Prize and is still active in research on immunity and influenza. He divides his time between St Jude Children’s Research Hospital in Memphis, Tennessee and the Peter Doherty Institute at the University of Melbourne, Australia.

Dr. Doherty has written a number of books on scientific topics, for the scientist and the non-scientist. 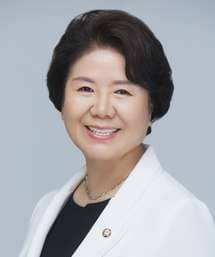 Member of the National Assembly, Republic of Korea 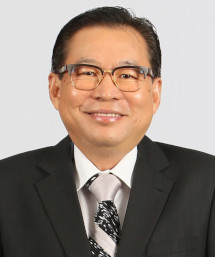 Prior to his appointment to Korea, Ambassador Soeherman was the Managing Director of Sinar Mas Group, one of the largest conglomerates in Indonesia.

Ambassador Soeherman is known for his philanthropic work, including raising more than US$100 million to support Indonesian communities affected by the COVID-19 pandemic. 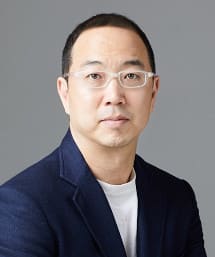 Byung-Joon Song is the chairman and CEO of Com2uS Holdings, Com2uS, and WYSIWYG Studio.

He is a pioneer and a global leader in the Korean mobile game industry and Com2uS is the only domestic company to create the only mobile game IP that is loved around the world among Korean companies. Recently, through new business areas such as block chain and metaverse, Com2uS is taking a global lead in Web3, creating a future digital paradigm.

Mr. Song is developing social contribution projects in fields such as the environment, education, and culture, and is working for the development of basic arts that are a fundamental part of the game and content industries.

The Internet Peace Prize medal was designed by Kim Seo-whan from G. BRAND. His design features a geometrical vortex that was inspired by the four values of Sunfull: positive thoughts (Good Heart); good words (Good Comments); use them (Good Practice); and share with others (Promote Positivity).

The medal’s obverse side features the name of the Internet Peace Prize Laureate in the center. The reverse side features a framework pattern of spaced bars symbolizing the seed grid at the center of a sunflower, Sunfull Foundation’s symbol, and includes the words, “Spreading Positive Online Culture, Creating a Beautiful World through Beautiful Words,” the purpose of the Sunfull Movement 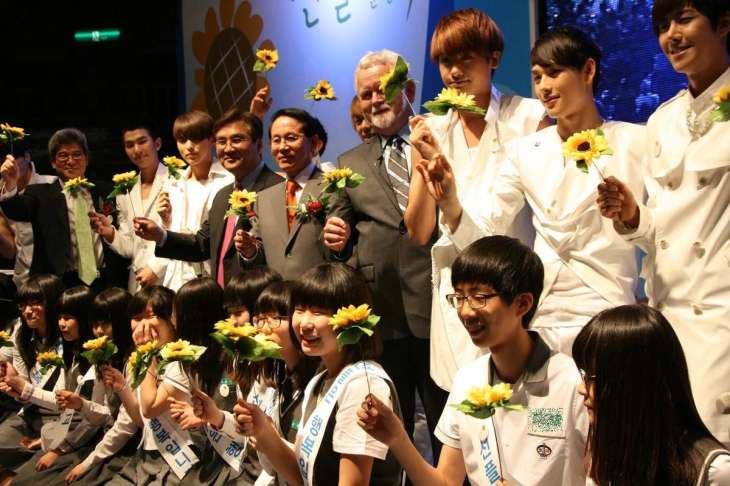 The Sunfull Foundation is a non-governmental organization that started the global Sunfull Internet Peace Movement, an anti-cyberbullying internet peace campaign that provides encouragement and hope to people through the use of good language, the posting of positive comments, and protecting human rights online.

In 2018, the Sunfull Foundation established the Internet Peace Prize to recognize and support those who have contributed to world peace by countering cyberbullying, hate speech, and human rights violations via the internet.